From Medicine to Warfare: Early Uses of Steel

The human capacity to turn minerals and ore into objects of value is unparalleled in the history of man kind. Steel is laced throughout the skeleton of humanity and has been for around 4000 years. Favoured for its extremely high tensile strength and versatility, steel has been a crucial element across a number of different industries, trades and civilisations across the world. The earliest traces of steel run back to around the beginning of the Iron Age when iron superseded bronze as the metal of choice for use in tools and building. Soon it was realised that the iron’s integrity could be improved by reheating it in a furnace containing charcoal (carbon). Some of this carbon transferred to the iron and made it much stronger, especially if quenched in water. The resulting product was the first incarnation of modern steel. Since then it has been ubiquitous in mankind. Let’s take a look at some of the early uses of steel.

Steel has made its way into different trades and industries at different times over history, eventually favoured for different reasons and applications. Here are some early uses of steel.

Steel has been the most widely used alloy in medicine for hundreds of years. Early developments of metal fabrication for use in medicine were faced with problems around corrosion and contamination, as well as insufficient strength problems. Stainless steel (which was finally perfected in the early 20th century) was the perfect solution to this issue, which has far superior resistance to corrosion than any other metal.

Stainless steel in surgery is imbedded in the strive for increased sterilisation that dates back to the genesis of medicine. This lead to the wide use of stainless steel in the medicine trade: instruments trays, surgical equipment, biomedical implants, general medical apparatus like tables and trolleys – the list goes on.

During the 1800s, surgical instrument design was quickly progressing towards a norm which required tools that could withstand high heat for sterilising, and that could be easily disassembled so that germ harbouring nooks could be accessed and cleaned easily. Of course, steel has always been the most optimal choice. 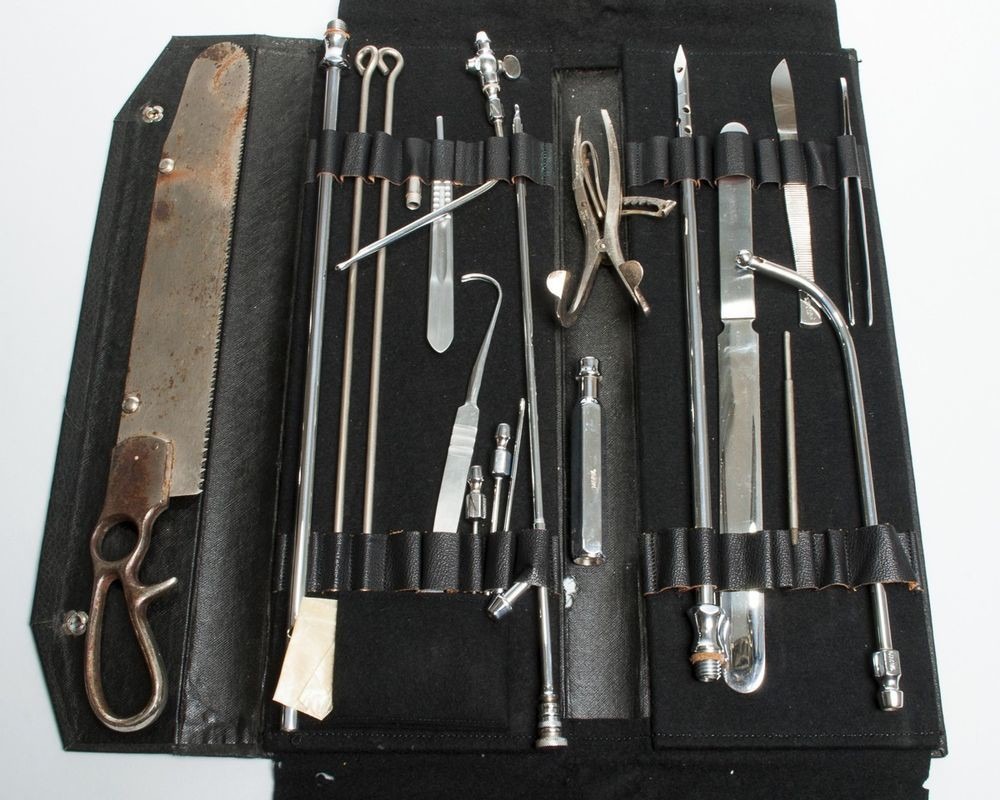 Agriculture has relied on the use of steel since the the Iron Age (and metals like bronze before that). Steel is crucial for building tools like hoes, shovels and rakes, but is also a massive element of some major agricultural developments. One example is the invention of the steel plow in 1837 – by John Deere, no less. Cast iron plows were introduced to America much earlier on by Europeans settlers on the East Coast where the soil tended to be sandier. However, as migration drew westward, the dense, sticky soil made ploughing much more difficult as it got stuck to the cast-iron plow blades.

Legend has it that an idea struck Deere when one of his steel sawmill blades broke. Knowing that polished steel was far more slick than cast iron, he fashioned the first steel plow with the second-hand sawmill blade – the rest is history. Since this time, steel has been favoured over other materials for use in agriculture for its smooth exterior, dexterity and toughness. Steel and warfare are synonymous. Since its genesis in the smithies of Medieval Europe, steel has been the driving force behind warfare around the world. It’s the material of choice for use in fashioning knives, swords, armour and artillery and has been for hundreds of years.

One of the earliest use of steel in weaponry traces back to the Roman times. A common weapon of choice for gladiators was the ‘scissor’ – a kind of glove made from hardened steel that slipped over the warriors forearm. At the end was a protruding blade. This weapon was a crowd favourite as it allowed the fighter to attack and block with the same arm. Since even before, then steel has been used in the production of blades by everyone from the Europeans to the Japanese and is still widely valued in the production of munitions.

Steel plate amour has been used for millennia – first favoured by the Greek and Romans. In Medieval times entire suits were made from steel plates, weighing between 15 and 25 kilograms, but fashioned in a way that distributed the weight evenly so soldiers could move freely. Steel was used in armour for warfare right up until the 1950s when more modern materials like fibre-enforced plastics become widely available. Structural steel has been an integral part of building and construction since around the late 1700s. Steel frames were first used by the British in an effort to reinforce their mill structures to be able to sustain fire accidents. In 1886, the first steel-framed building was constructed – the Rand-McNally building built by Burnham and Root architects. The Ritz Hotel was the first steel framed structure built in London, completed in 1906. Throughout the 20th century following WWII, steel building production boomed as steel became widely available across the world. Steel is favoured in construction for many advantages properties that you cannot find in wood or stone: recyclability, integrity, cost effectiveness, versatility and low maintenance requirements. 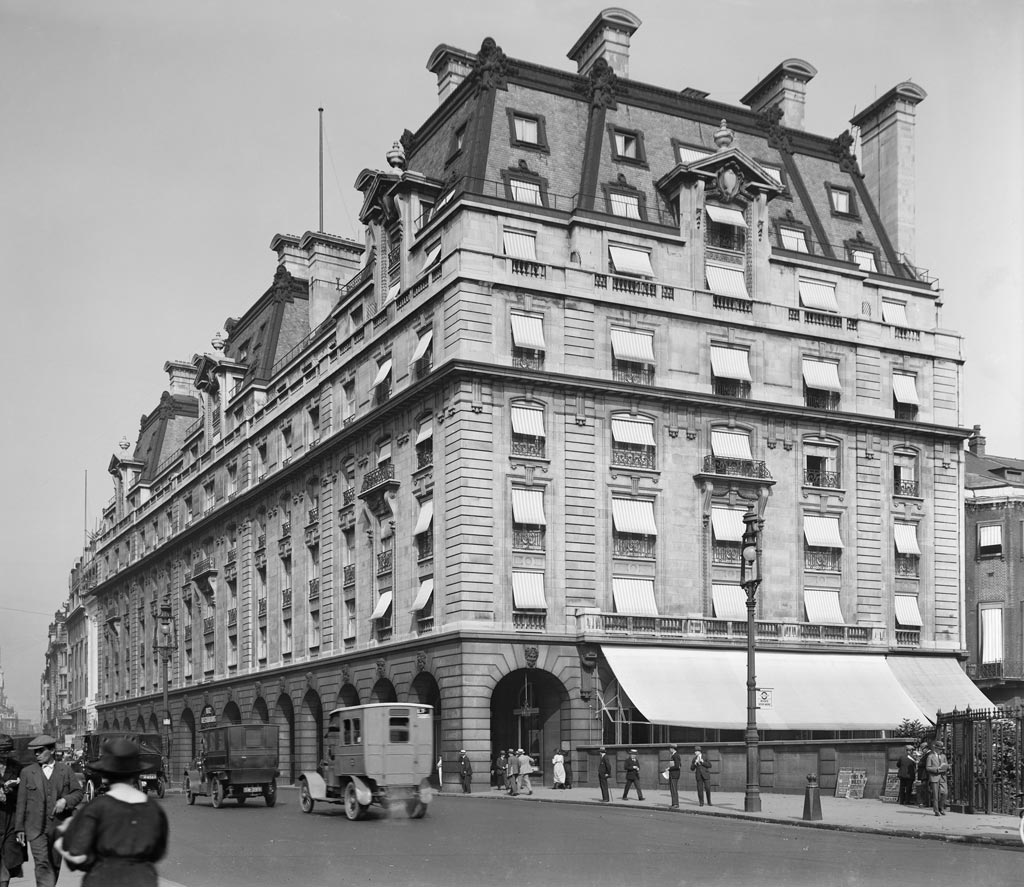 Early uses of steel in transport can be traced back to the introduction of the Bessamer process of steel production, which allowed steel to be made in large quantities for a relatively low cost. This lead the the mass expansion of railways in the late 1860s. The use of steel over iron had many benefits: it was stronger, so it could take the load from much larger locomotives (increasing productivity across the railroads); it was also lasted much longer than its predecessor. Since the 19th century, steel has been widely used in transport for use in building ships, trains and cars. Steel’s early use in civil infrastructure was mainly for building bridges. The first iron bridge was built in 1779 in Telford, England, and was consequently named The Iron Bridge. It completely revolutionised the way that structures were built. However, it wasn’t until the late 1800s that steel began to replace wrought iron as the material of choice for the engineering of bridges. Notable examples of early bridges made entirely from steel include the Brooklyn Bridge, made from steel wires and a steel platform, the Sydney Harbour Bridge, made from steel sections that were bolted together, and the Golden Gate suspension bridge.

The early uses of steel lay the groundwork for the dominance of steel for use in a myriad of modern applications. Steel is beautiful and we love it. If you have a project in need of steel whether it’s supply, fabrication, drafting, or installation,  talk to the experts at Steel Fabrication Services. Our dedicated team of professionals will ensure that your project goes according to plan right down to the smallest detail.