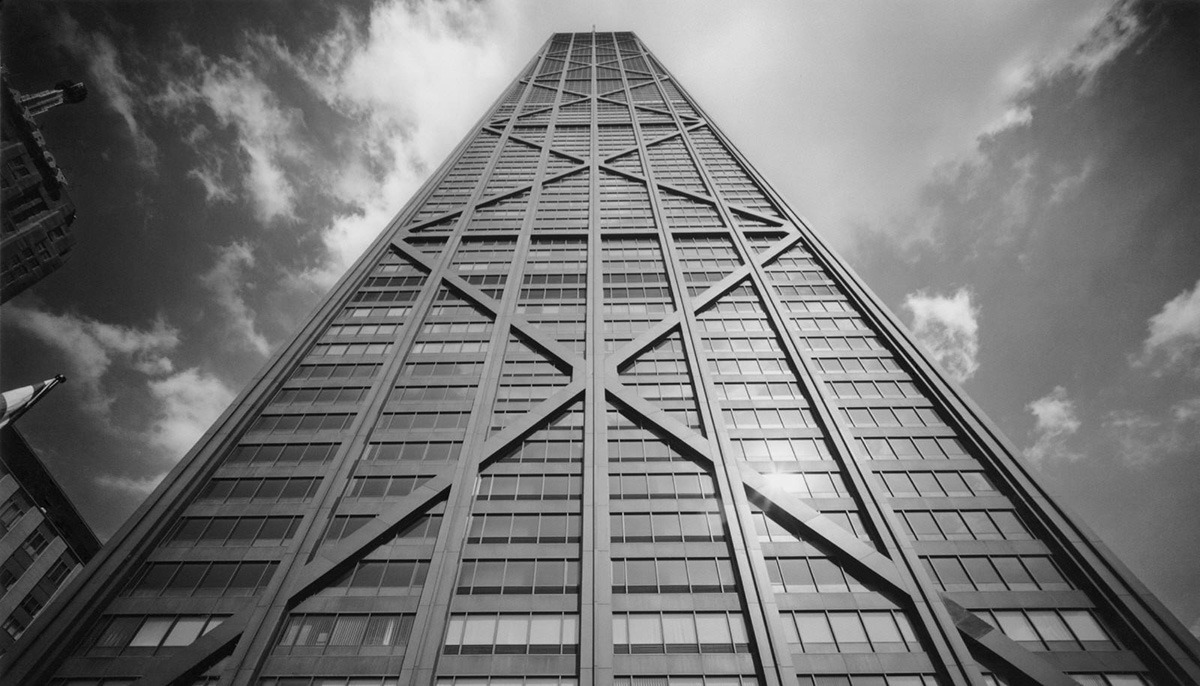 The 10 Tallest Steel Buildings in the World

The Council of Tall Buildings and Urban Habitat classify a “steel skyscraper” as one where the main construction vertical and lateral structural elements and floor systems are constructed from steel. Although there are a number of incredible steel structures scattered around the world, these kinds of a buildings are a phenomenon in their own right, relying solely on the brazen strength of steel for structural integrity.

Of course, there have been some incredible engineering developments over the last half century that have seen other techniques introducing new materials into the structural elements of skyscrapers, but we want to look at those which only rely on entirely steel. So, here are 10 of the tallest steel buildings in the world. Steel runs thick through the skeletons of some of the most astonishing structures mankind has ever build. Here are the ten tallest steel buildings in the world.

The US Bank Tower is California’s tallest building and one of the most eye-catching features of the L.A skyline. Climbing 73 storeys, the building is 310 metres high and was designed to resist earthquakes of up to 8.3 on the Richter scale. 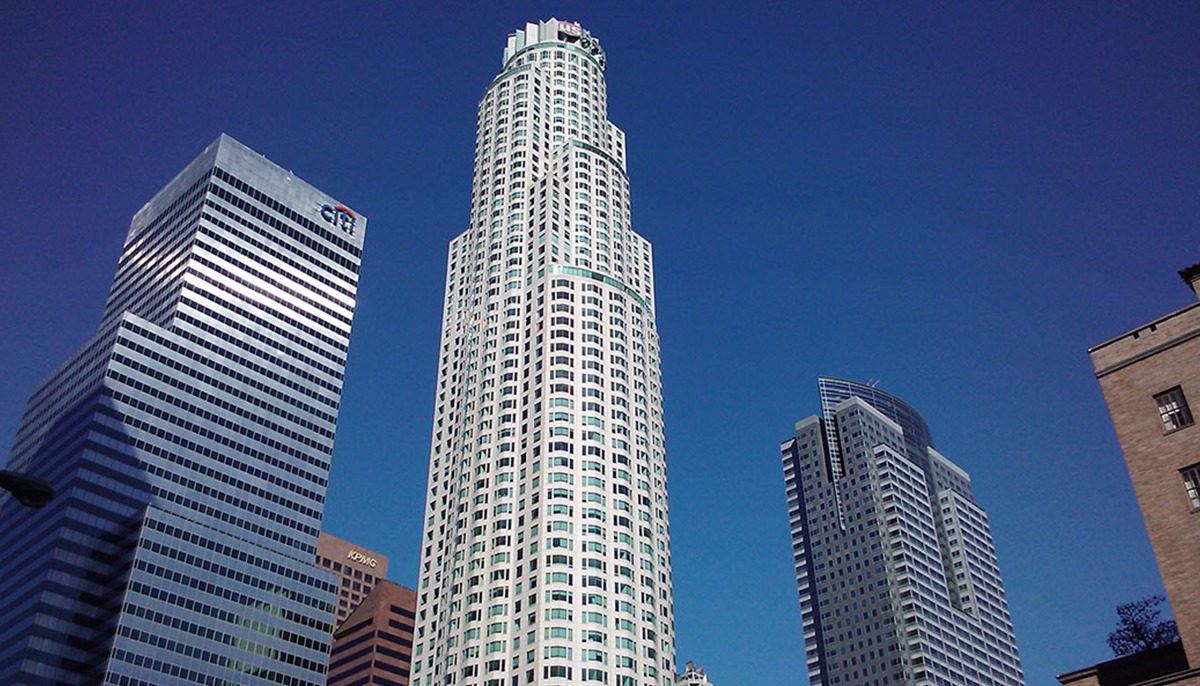 Far older than the US Bank Tower or the New York Times Tower, the Chrysler Building was completed in 1930, toppling the Eiffel Tower as the tallest building in the world (this title lasted just a year when the Empire State Building building was erected). Sitting at 319m, it was the first man-made structure to stand taller than 1,000 feet and it remains a defining landmark of New York’s Art Deco era. 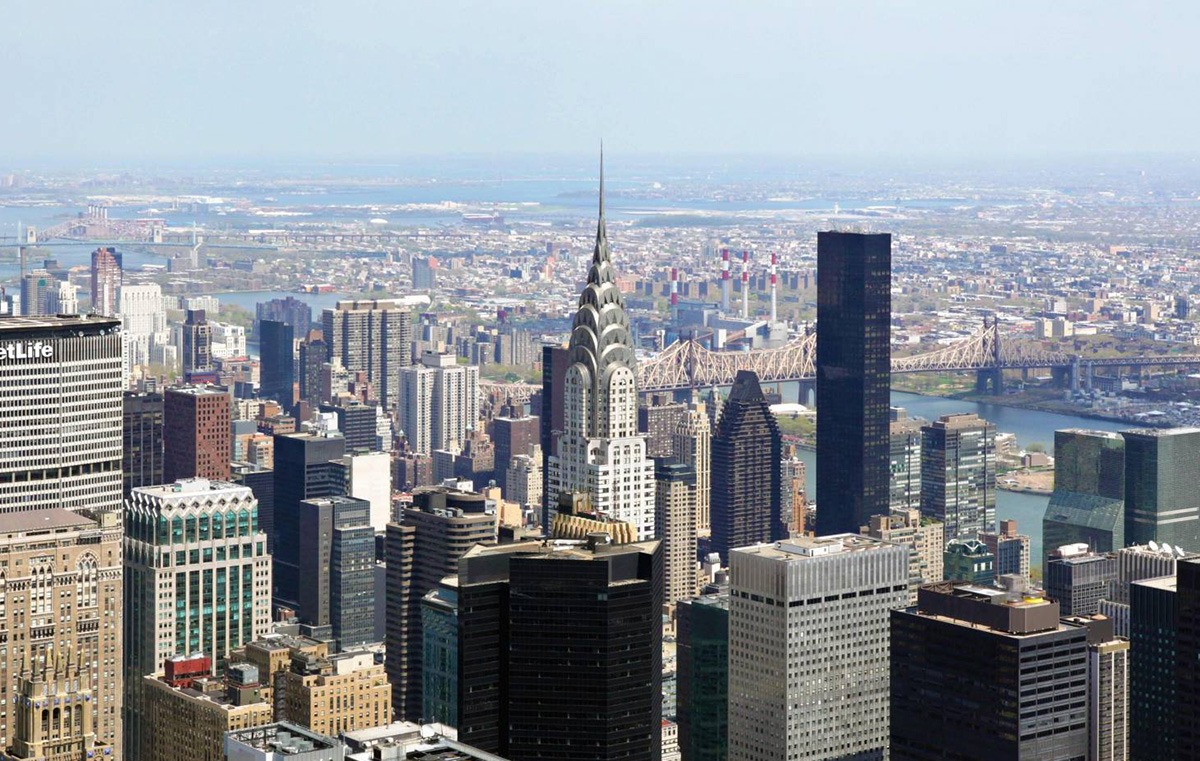 The China World Trade Centre III is gigantic skyscraper located in a complex in Beijing’s central business district. The building topped out at 330m in 2007 and was completed in 2010. It resembles the World Trade Centres that were destroyed on September 11, hence the name. As Beijing is zone of high seismic activity, it features a composite steel plate shear wall at the base of the tower to cope with stress placed on it during an earthquake. The Minsheng Bank Building scales 68 floors and at 331m, it is just a metre taller than World Trade Centre III. The office building’s structure is composed of steel, and rests on a multi-story podium structure. Only 237.4 m of the building’s 331m are occupied. Chicago’s fondness for steel is no secret. Of the 5 tallest steel building’s in the world, 3 are located in Chicago. One of these is the John Hancock Centre. The building is 344m tall and features a trussed tube structural engineering design which is evident on the building’s exterior. The building was completed in 1965 and was a creation from the same company who built the World Trade Centres.

The Center is a mammoth steel structure in the central business district of Hong Kong, scaling 346m. It is one of the few skyscrapers in Hong Kong that is entirely steel-structured without a reinforced concrete core which helped see the project completed in just three short years. The Aon Centre is a 88-storey skyscraper in Chicago. The city’s third largest building and the third largest steel building in the world, the Aon centre reaches 346m in height. It utilises a tubular steel frame to provide it with weather and earthquake resisting properties. The home of insurance broker Aon, the building also held the record for the tallest marble clad tower for a time in the 70s. 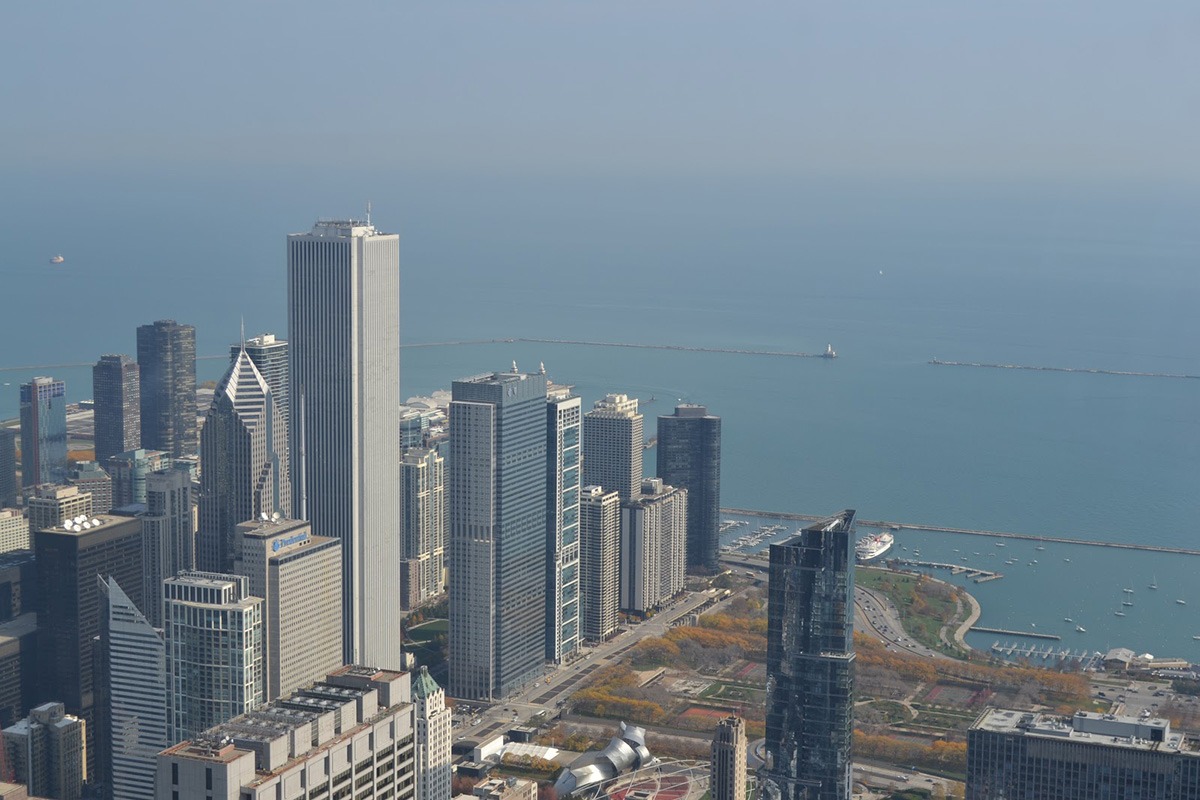 The Empire State Building is one of the most iconic steel structures ever built. Sealed in history pages and on the big screen, it is instantly recognisable with its thrusting pinnacle and broad, sprawling base. Completed in 1931, it held the title of World’s Tallest Building for over 40 years the World Trade Centre was built in 1972. Standing at 381m, it was built at an astonishing rate, taking just 13 months to complete. As one might imagine, the skyscraper’s construction took meticulous planning: steel girders were ordered to length and arrived on site ready to go and each girder was marked with where it would be placed in the framework. The Sears Tower was completed in 1974 after taking just 3 years to build. At 442m high it is the tallest steel building in the world and utilises Bundled Tube structural engineering principles and nine main structures arranged in a three by three grid that make up the complex. The Bundled Tube principal is the same used in the Burj Khalifa tower – currently the tallest building in the world. The Sears naming rights ran out in 2003 and in 2009, London-based insurance broker Willis Group Holdings agreed to lease a portion of the building and take over the building’s name. Since then it has been known simply as the Willis Tower. Steel is absolutely incredible. If you have any queries about building a world-class steel structure, whether it’s about supply, structural steel, fabrication,  steel drafting, or installation,  talk to the experts at Steel Fabrication Services. Our dedicated team of professionals will ensure that your project goes according to plan right down to the smallest detail.

History Of Steel Manufacturing In Australia

5 Iconic Builds From Around The Globe

Why Structural Steel Is Environmentally Friendly