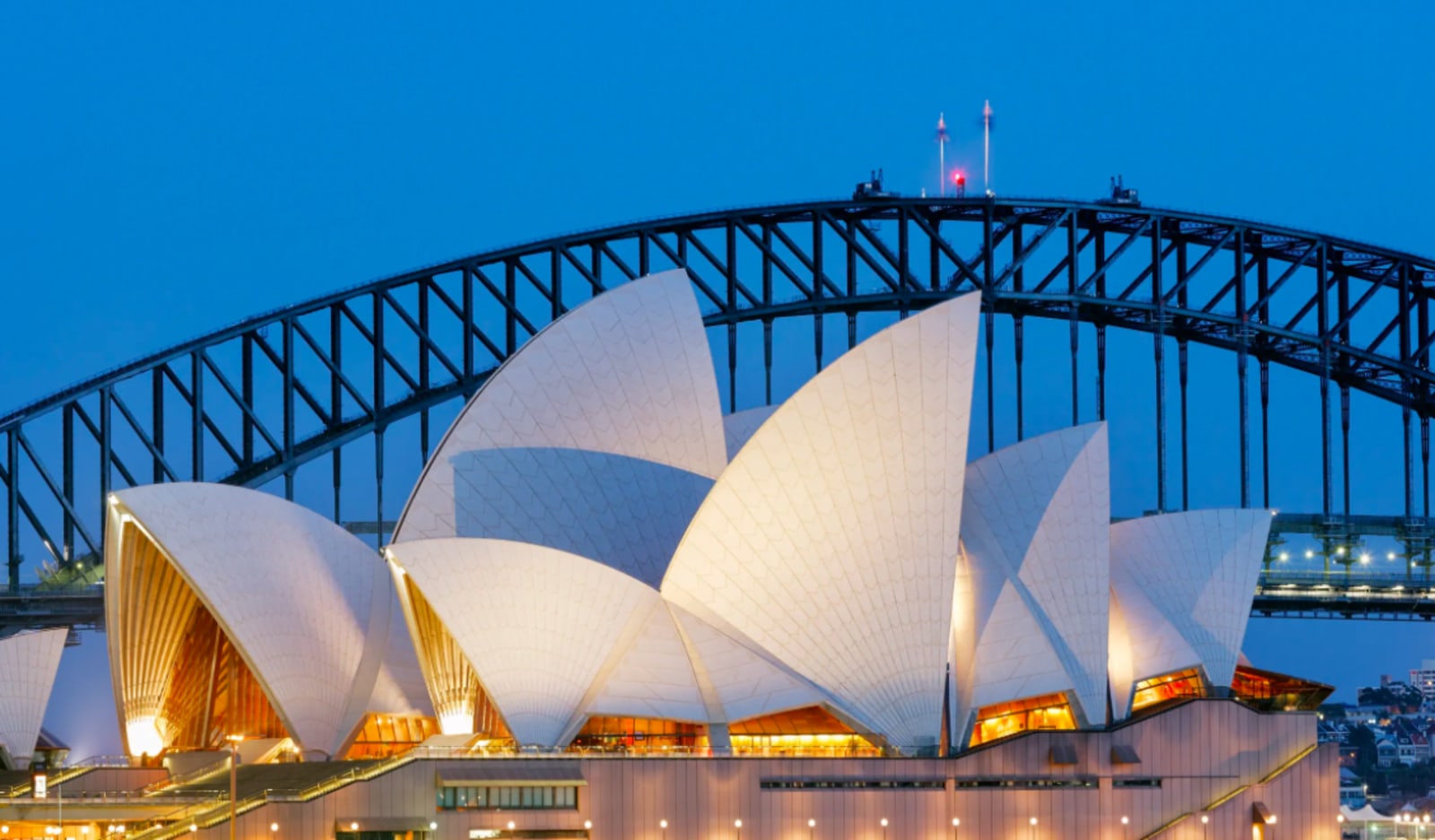 The 4 most impressive Sydney Steel Structures

Sydney may be well-known for its rugged coastline, beaches and lush bushland surrounds, but it is by no means unremarkable when it comes to infrastructure. In fact, it is home to two of the most striking structures built by humankind. It’s not hard to guess the two structures we’re talking about either. So, to beef up the list, let’s have a look at four of the most incredible Sydney steel structures. While Australia’s first city is renowned for its beaches and rugged landscape, a few structures stick out amongst the fray. Here are 4 incredible Sydney steel structures.

Taking a stroll through the Domain in the Sydney CBD will present you with a glorious view of the city skyline. Slicing its way through the even outlines of Sydney’s largest cluster of buildings you will find the Deutsche Bank Place – a 790ft skyscraper with an unmissable blade-like headdress. A glass core enlivens an otherwise fairly dull building, the Deutsche Bank skyscraper with bright steel frames and a protruding, pointed steel headpiece that reaches almost a third of the building’s total height. The AWA Building on York St in Sydney’s CDB is one of the city’s most iconic structures. Founded in 1909, Amalgamated Wireless Australia (AWA) are a broadcaster and manufacturer of radios, record players and other electrical equipment. The building features a large, steel-framed brick facade; but the most striking feature is its enormous white steel broadcasting tower that sits perched on the roof. The company’s head office, the building reflected the AWA’s affluence, and from 1939 to 1967 was known as Sydney’s tallest building. Although the Sydney Opera House is revered for its implementation of other elements – such as its famous geometric roof tiles – steel also played quite an important part in its makeup. A major roadblock during construction was the curvature of the buildings outer walls:

“The roof shells had to span large areas to accommodate the main hall and a smaller hall. The solution devised by Utzon and Ove Arup and Partners, the engineers, was to produce arched segments of varying curvature. The concrete shells were produced by cutting a three-sided segment out of a sphere. The roof shells and their vaulted concrete ribs were pre-cast and held together by pre-stressing steel tendons, an innovation at the time.”*

Roof sections of the Sydney Opera House are also held together by 350 km of tensioned steel cable. The Sydney Harbour Bridge is the city’s most impressive steel structure by far. Designed by British firm Dorman Long and Co Ltd under the NSW Department of Public Works’ supervision, it was influenced by the Hell Gate Bridge in New York. Spanning 503m and reaching heights of 134m – it is the world’s tallest steel arch bridge. The bridge contains 53,000 tonnes of steel, most of which sits in its arch, and despite its complex design, is held together by six million Australian-made hand-driven rivets. Opened in 1932, the Bridge is a testament to humankind’s will and is revered as a sturdy, unyielding structure to this day. Steel is absolutely incredible. If you have any queries about building with world-class steel, whether it’s about supply, steel fabrication, steel drafting or installation, or structural steel, talk to Steel Fabrication Services’ experts. Our dedicated team of professionals will ensure that your project goes according to plan right down to the smallest detail.

Here’s some more about Sydney Steel as well:

Industrial steel and its most practical purposes in Sydney